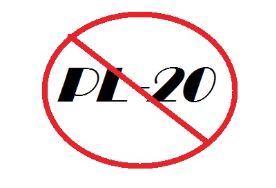 As I’m sure many of you have already heard, Health Minister Gaétan Barrette has come to an agreement with Dr Louis Godin (head of the FMOQ) concerning the highly controversial PL 20.

Indeed, it has been confirmed that if Quebec General Practitioners can increase the percentage of Quebecers who have a family doctor to 85% (& since only 85% of the population in La Belle Province want a family doctor, this would actually mean 100% coverage) by the end of 2017, PL 20 will just be seem like a bad dream.

However, should Quebec GPs fail in their objective, PL-20, with it’s ugly patient-quotas and -30% revenue reductions would be reinstated.

We at Médirégi are glad to see this conflict come to a relatively peaceful end, and remain confident that Quebec GPs will reach their target. Now it remains to be seen if the FMSQ can be as convincing as the FMOQ in their dealings with the Health Minister… To be continued!